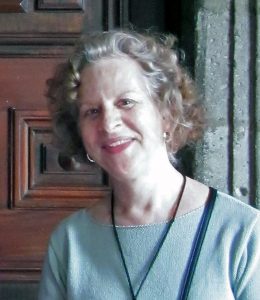 Laura Ann Trimble, January 29,1956 – July 24, 2021, an intrepid life measured in purposeful
acts of kindness. Beloved mentor, cherished friend and sister, and Virginian for most of her adult life, Laura Ann Trimble died peacefully on July 24, 2021, in Richmond, Virginia. Working for the Virginia Department of Planning and Budget (DPB) and, later, for the U.S. Treasury Office of Technical Assistance (OTA), the Millennium Challenge Corporation (MCC), and the State Department’s Office of the U.S. Global Aids Coordinator (OGAC), Laura set the standard for delivery of financial services worldwide.

Jean, a Treasury colleague, recalls that in 1996, with Sarajevo burning, Laura offered to fill an OTA position in Bosnia and Herzegovina. “Come on, Laura, it’s fun,” Jean said to Laura. And from then on their running joke on bad days was, “Come, it’s fun!” They considered those years important in the lives of all who were lucky enough to work there.

Other friends also reflect on their time with her. Alan (OTA): Her positive outlook helped her team in Iraq to get through frustrating days in sweltering heat. Samra (Sarajevo): “I met Laura at a very important and formative time in my life…. The several years I spent working with her are very cherished memories for me and in many ways shaped me to become the person I am today.” Evan (OTA): “She gave me so many incredible learning experiences and exposure to things I didn’t think were within reach – and changed my life…. She will remain part of my personal history forever.” Mark (DPB): “From her successful career at Virginia’s DPB to her many years as a budget expert for the federal government, she proved her worth to her profession time and time again.” Robert (Bosnia and Herzegovina, assistant to the U.S. advisor) had to quit college because of the Bosnian War: “Her generous support enabled me to come to the U.S. and finish college….” To show his heartfelt gratitude, Robert arranged to have a star named after her: “I want everybody to know, when you see stars in the sky, that one of them is called Laura Ann Trimble…, watching on this world long after we are all gone.” 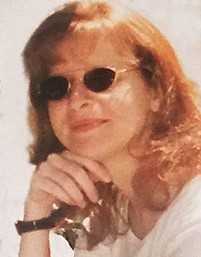 Janet (DPB) describes Laura as “intelligent, sassy, spirited, generous to a fault, adventurous, outspoken, loyal, and never one to fade into the background.” She suggests Laura had red hair because she needed a warning label. “I will never forget this force of nature named Laura Trimble.” D.B. (DPB) remembers her as a public servant in its truest and best form. “She was kind, but she didn’t suffer fools. If she thought someone was wrong or, worse, full of themselves, she let them know. The red hair got redder, her eyes became laser beams, and she became more animated. Incoming. She has guts. I admired her candor. We needed that.”

From 1980 to 1995 Laura was public safety budget analyst and coordinator of capital outlay policy for the Virginia DPB. Ray Sorrell tells of hiring Laura, highly qualified with extraordinary academic credentials, as a secretary and, within a few months, promoting her to the position of Budget Analyst. Her long and successful career began with that advancement, as did a forty year friendship with Ray and Connie.

Ric saw Laura assemble “the first six-year capital outlay plan for the Commonwealth of Virginia” on his watch. “The Commonwealth owes you acknowledgement for that accomplishment…. Thank you so much for being
a part of my career.”

In 1995 Laura began working for the U.S. government as a resident U.S. Treasury Advisor in Bosnia and Herzegovina, Croatia, and Serbia, assisting Ministries of Finance to create transparent financial management processes.

A coworker, Sheila, replaced her as resident budget advisor in Serbia, where Laura was loved and respected by the ministry in a tough culture. Sheila recalls that despite being a stickler for procedure, when Laura rotated out of her position in Serbia she left ZERO reports! Mike, advisor in Madagascar, was delighted when Laura broke her usual stick-to-the-schedule habit to extend her trip there and enjoy one of the most unique places on Earth. Laura
oriented Gail to life in Bosnia and Herzegovina, and advised her, “If you see it, buy it.” They enjoyed a long and rewarding friendship through their work at Treasury, visiting each other around the world.

In 2004 Laura joined the MCC as Senior Director of Financial Management and later as Managing Director for Fiscal Accountability, ensuring that financial and procurement systems were in place to manage resources provided by the MCC through its compacts with recipient countries. (The MCC is a U.S. foreign aid agency that provides grants to countries that have been determined to have good economic policies and potential for growth.) John
writes that Laura was tough, fair, and practical. “She was a great negotiator and taught me that it’s better to say ‘no’ first and ‘yes’ later…” than the other way around. 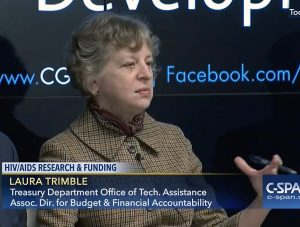 Laura rejoined the Treasury in 2007 as the OTA’s Associate Director, managing the activities of the Budget and Financial Accountability Program. This initiative provides a wide range of countries with technical assistance that strengthens the effectiveness of ministries of finance, the credibility of budget decisions, and the management and expenditure of local government resources. Colleagues state that she built a team and led them through a lot of
hand wringing. Larry remembers that she was a good leader, prepared to act firmly when necessary: “There was little doubt where she stood on any issue…. I respected Laura for that.”

In 2017 Laura began a multi-year detail assignment with the State Department’s OGAC as the Director of Financial Sustainability, working to support the program director, and PEPFAR (the
President’s Emergency Plan for AIDS Relief) on a range of issues, including strengthening financial and budget processes and systems with partner governments and for OGAC. During this project the COVID-19 outbreak began. As she was completing her State Department service, Laura began strategizing her plan to retire to Richmond where she would be close to old friends and, with the help of Connie and Jere, selected Hathaway Tower.

Born January 29, 1956, in Washington, D.C., Laura spent part of her early childhood in Ethiopia where her father was stationed with U.S. AID. She grew up in the historic Holmes Run Acres neighborhood of Annandale, Virginia, graduating from Woodson High School in 1973. She earned a bachelor’s degree from Randolph Macon College and a Master of Public Administration from Virginia Commonwealth University.

Professionally, Laura is remembered for her enduring commitment to developing sustainable reforms in the financial sector and guiding host countries to envision models of equity that could be successful in their own cultural and political environments.

Lin, who worked with Laura at DPB, writes: “She leaves with each of us who were fortunate to call her ‘friend’ a bit of wisdom, balance and openness. And more than a little fun!”